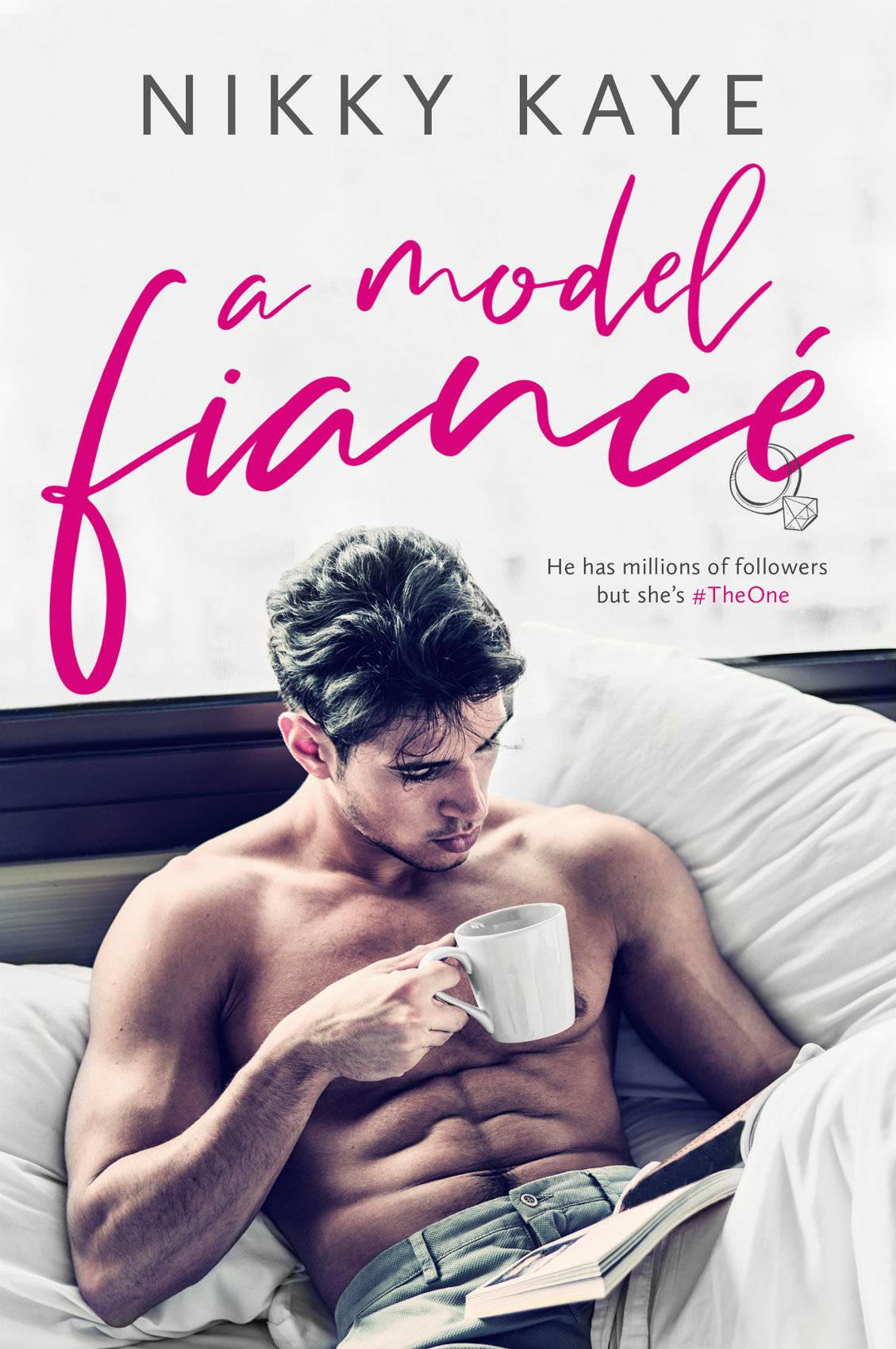 Title: A Model Fiancé
Author: Nikky Kaye
Genre: Contemporary Romance/Romantic Comedy
Release Date: March 14, 2019
Blurb
There are a million reasons why I shouldn’t ask Audrey to pretend to be
my fiancée. For a start:
1.    She’s my best friend’s sexy little sister.
2.    She’ll have to travel around the world with me.
3.    The paparazzi will eat her alive.
4.    So will I.
But I also have a million followers on social media who think we’re
already engaged, and there are millions of dollars at stake.
So what have I got to lose?

Excerpt
“Tell me, Audrey,” he murmured softly in my ear, “what’s one habit you
wish you could break?”
Half a dozen things other flashed through my
mind—using a fork and knife for my pizza, flossing my teeth at night while
watching TV in bed, other things that irritated my ex. Maybe the biggest habit
I needed to break was falling for the wrong men, but even that wasn’t a habit.
Once. It happened once. I just
happened to do it Olympic-style, and lost everything.
I bit my lip—another habit—before blurting out,
“I wish I was more spontaneous.”
Once my life didn’t go to plan with my parents’
death, I made damn sure I planned the rest. It hadn’t worked out. Was it karma?
Fate? The gods laughing at me?
“You seemed pretty… free-spirited earlier.”
Was this flirting? “Well,
you know,” I laughed uneasily. “What happens in Vegas…”
My earlier show in the lobby with the champagne
bottle was the craziest I’d probably acted since… well, ever. I couldn’t deny
that it was liberating.
Maybe I needed to be a little wilder.
Maybe I needed to have a fling.
Maybe I needed to remind myself that one of the
hottest men in the world was sitting close enough to irradiate my brain cells
and make me think naughty thoughts.
The taxi wasn’t so small that we needed to sit hip-to-hip and shoulder-to-shoulder.  His breath was hot at the top of my ear, and
I knew that if I just turned my head and tilted my chin…
I shook my head slightly, unable to even look
him in the eye. I didn’t have the guts. Dev wasn’t an adolescent boy anymore.
Now he probably dated supermodels and movie stars. And me? I had no game. Hell,
I’d already lost a few turns in the Game of Life.
“What about you?” I asked him as the car
stopped.
“What
about me?” he replied.
He pressed closer, reminding me that I needed
to get out of the car before he could. I wriggled over, trying to keep my skirt
down and my shoes from slipping off.
Then I made the mistake of turning my head and
meeting his gaze, like a kid who can’t help but look at the sun during an
eclipse. His lips curved as he leaned his body into mine to make for the door.
My voice was needlessly breathless when I asked
him, “Do you have a habit you wish you could stop?”
“Compulsive kissing.”

Nikky Kaye
writes funny, sexy romance about sassy women in fabulous shoes and the alpha
heroes who sweep them off their feet.
In real
life, Nikky has dipped her toe in a lot of careers, but her twin boys always
come first. When not writing, you may find her brandishing puns and power
tools, or wandering through the dollar stores of western Canada.
Author Links
FACEBOOK PAGE
FACEBOOK PROFILE
INSTAGRAM
BOOKBUB
GOODREADS
AMAZON
WEBSITE
TWITTER