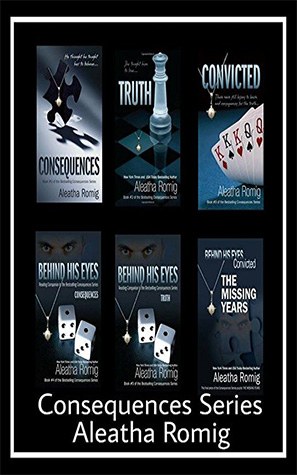 The Consequences Series by Aleatha Romig
Published by Romig Works LLC on November 11, 2013
Buy on Amazon

Claire Nichols started her dream career as a weather person and then finds herself working in a bar after losing her job. She meets a stranger and after some coaxing, agrees to have dinner with him. After one of their dates, she awakes and finds herself in unfamiliar surroundings. Not knowing what’s happening and not getting answers to her questions, she realizes that something is going on and she is trapped. She is at the mercy of this stranger…

Anthony Rawlings is a billionaire who is dead set on avenging his Grandfather. His Grandfather has convinced him that certain people conspired to put him away and they must be eliminated. No one is safe. Their legacy will not live on if he has anything to do with it. He has watched her and has waited for the perfect time to make his move in his sick and twisted game.

The Good:
If you love your mind getting screwed with, then this is definitely the story for you. I was angry, sad, in disbelief, and so many other emotions. I seriously had to call my Girl and ask her why in the hell should I finish. I was ready to give up. She convinced me to finish the series.
[divider style=’left’]

The Bad:
Claire was too weak for me. I get it, her circumstances called for her to be vulnerable and at times fearing for her life, but, I could not stomach how weak she was while being held captive. Giving into this man and basically resigning to her fate…mind you, a fate that he designed.[divider style=’left’]

The Ugly:
Ok, so without giving anything away, there is this one scene that made my stomach turn. I was literally sick and disgusted. Some of the women in the reader’s group said that I would come to love Anthony, however, I am here to tell you…no ma’am! I believe in second chances just like anyone else, but, Anthony took me to a place that despite his redeeming qualities, the past sealed his fate with me. It was really hard to see passed what he did.
[divider style=’left’]

Worth the Read?
Overall, this is a must read. It had everything you could ever want in a series. There was lots of drama, suspense, romance, thrill, and the cliffhangers left after each read make you want more. I must say I wish Claire was a little bit stronger. I think because I listened to the Audible version, it made it more tangible for me.

Even when she appeared to be strong, she was still under his control. There was no room for her to become a bad ass and turn the tables on him. There are lots of twists and turns and when the truth is revealed, Claire is in more of sticky situation than she thought before. When the truth comes to light, how can she trust herself to make the right choice when in the past she chose wrong?

To most this is a 5-star read. I could not bring myself to give it that rating. That’s actually a good thing because it shows how gut wrenching this is. I give this a Solid 4 Stars!

Get Your Boxset Today! 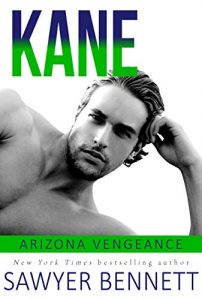 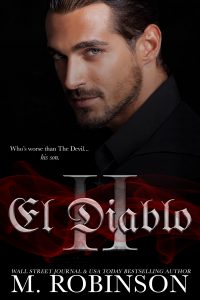