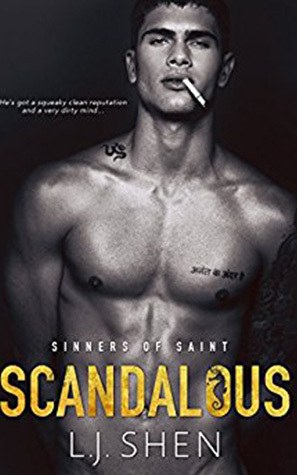 Edie Van Der Zee...18 years old and forced to become an adult before her time. Her Father, Jordan lives to make her life miserable. He’s a selfish, control freak and doesn’t care who he has to destroy to get what he wants. Her Mother is depressed and addicted to prescription drugs and on top of all of this, there’s Theo. Her little brother that only she cares about. Disabled from birth, Theo has special needs and because her Father is pure evil, Theo lives in a group home, away from the family. On top of all of this, there’s him...a distraction she doesn’t need, but, a distraction she clearly wants….

Trent Rexroth, young, rich, ambitious, and a certified asshole. His life has enough complications. His main focus is his daughter and securing their future. He doesn’t do relationships, he has rough, unattached sex!  He saw her before and his interest was piqued...the daughter of his business partner/enemy….but, when he sees her again it is not under the best circumstances. Things get even more complicated when she starts working at his company. Seeing her everyday is not the best idea, because he wants to show this little girl some very naughty, grown up things...what he didn’t expect was for her to turn his world upside down and bring his walls crashing down…

The Good:
This story was very exciting and dramatic. Trent and Edie’s chemistry was electric despite their age difference.
[divider style=’left’]

The Bad:
Their age difference.. for me, it was a big gap. The saving grace is that the relationship worked because of their mutual issues concerning Jordan. On some fucked up level, their souls are mated as a result of Jordan’s need to control Edie, while trying to ruin Trent.
[divider style=’left’]

The Ugly:
I wanted more of a twisted, climactic ending. I can’t elaborate without giving details, but, I will say that I wish Jordan had met a more sadistic fate, I wish Trent’s ex would’ve been a separate complication, and I wish Edie had more of a role in Jordan’s ending.
[divider style=’left’]

Worth the Read?
Although Dean is my favorite HotHole, Trent is a close second. Trent and Edie are pure fire! They burn hot and they are unforgiving in their need to have each other. They make no excuses and they’re not interested in what people think. That’s what I love about them.

Even with my issue with their age difference, these two work. Their attraction is not for anyone to understand. Trent is ruthless, nasty, and raw. Edie is soulful, tender, and free spirited. Bring these two together and the pure magic of reckless abandonment takes flight.

Of course there are secrets, betrayals, and mischief at work to make things difficult. Will Trent and Edie survive the fall and come out unscathed? Yes, she’s only 18, but, his need to have her makes all common sense fly out the window. LJ Shen’s writing is simply brilliant in bringing plausibility to a taboo love story.  Solid 4 Stars!

Get All 5 Books Today!

Release Blitz: The Sound of Temptation by Dylan Allen 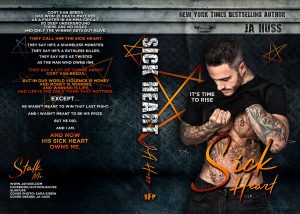 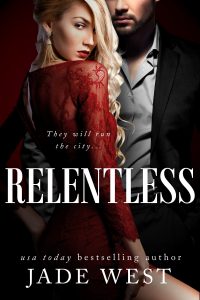