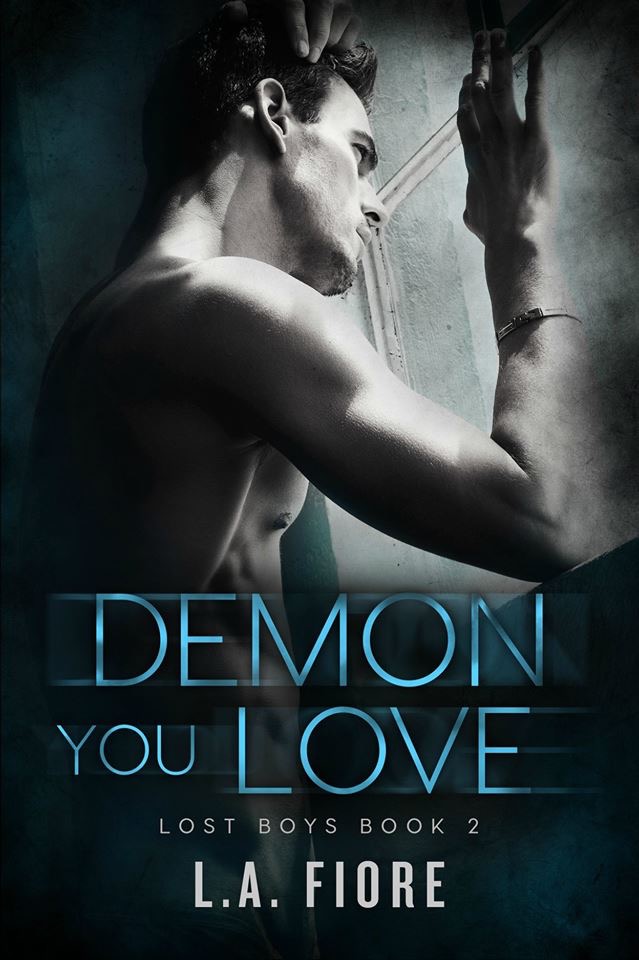 by L. A. Fiore
Published by Amazon Digital Services LLC

Title: Demon You Love
Series: Lost Boys #2
Author: L.A. Fiore
Genre: Romantic Suspense
Cover Design: Hang Le
Photo: Scott Hoover
Model: Josh Kloss
Release Date: March 29, 2019
Blurb
Anton Scalene
I was born in hell, raised in a nightmare.
I was fifteen when I killed for the first time.
As a child, my dreams were about climbing out of that hell,
of being on top of the pile of bodies and not one of them.
I live in the shadows, find solace in the darkness.
Until her.
A chance meeting, a fleeting moment…
Her innocence beguiles me.
I want her, but to have her would destroy the very part of
her I crave.
And even knowing that, I can’t stay away, until my past
threatens to drag her into my nightmare.
Letting her go is the hardest thing I’ve ever done, but a
demon has no business falling in love with an angel.
ADD TO GOODREADS

Excerpt
I didn’t drag it out. Staring him right in the face, I drew
the blade across his neck. His hand went to his throat, blood immediately
coating it, his eyes going wide with fear. I watched as he realized it was the
end for him, watched as his eyes dimmed, listened to his death rattle. I didn’t
move until his soulless eyes stared up empty. Only then did I climb off him,
toss the knife on the floor, and strolled from the room. Removing the gloves, I
grabbed the duffel, pulling the door closed behind me. Down the street, I
tossed the gloves into the trashcan fire the homeless were using to stay warm.
The boy I had been died that night and Anton Scalene was born.

LA Fiore is a hybrid author who believes in a happily ever
after, but she likes to make her readers work for it. When she’s not writing,
she can usually be found in the garden or hanging on the deck with her family
and friends. She lives in Bucks County, Pennsylvania with her husband and two
kids and their four fur babies.
Author Links
WEBSITE
FACEBOOK
TWITTER
INSTAGRAM
GOODREADS
AMAZON