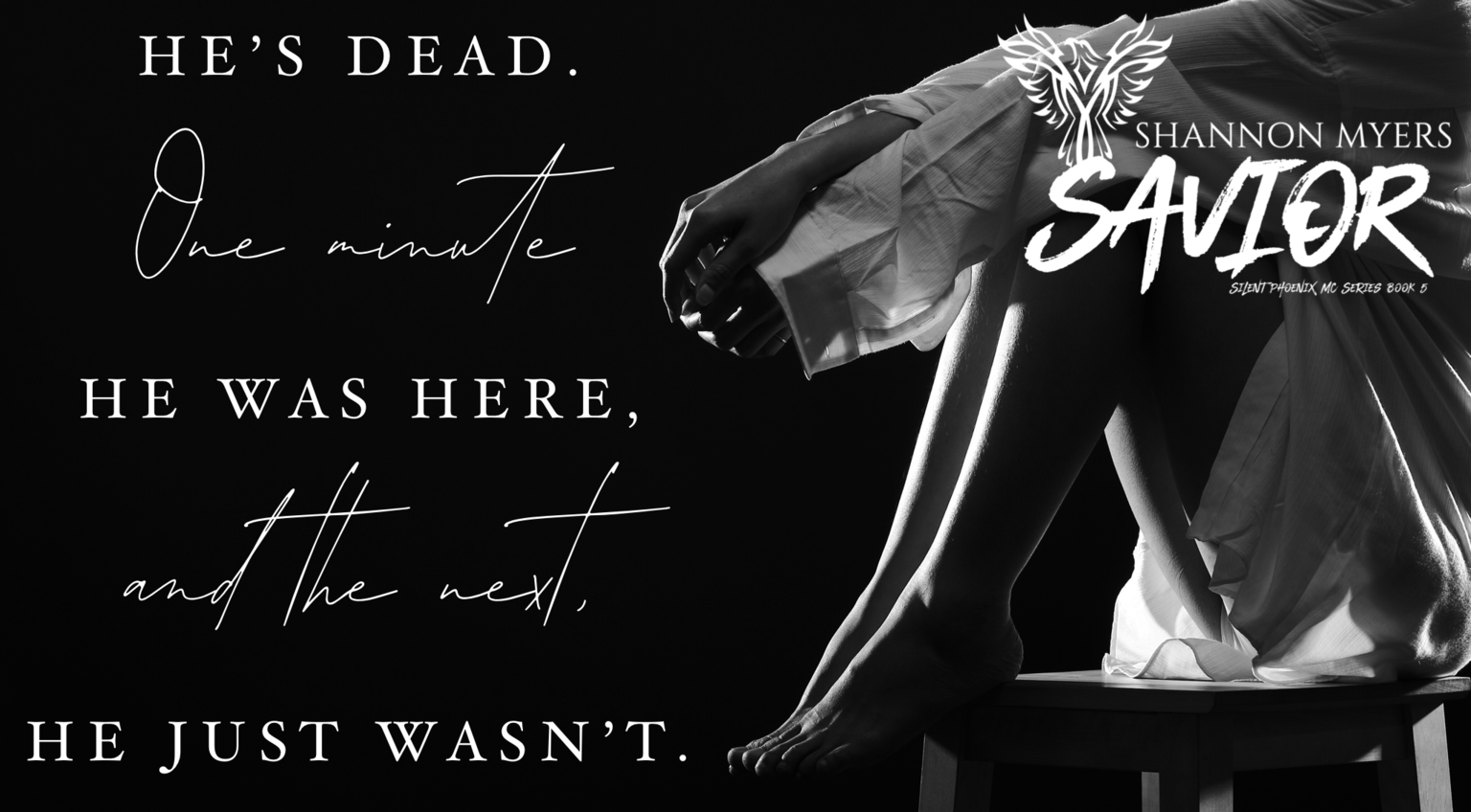 Until I almost lost her…

And I was forced to realize that I’d become the very thing I hated; the monster
I feared the most.

I fought my way back from the brink only to have everything I loved ripped away
from me again. Sooner or later, death comes for us all. The best I can hope for
at this point is that I go to my grave with a clear conscience.

I vowed to be their protector.

Just another promise I couldn’t keep.

Maybe in the end, we get what we deserve.

All I know is that love is sacrifice, and I’m a man with nothing left to
lose…

Author Note: Please be aware that Savior is not recommended for readers
under the age of eighteen as it contains strong language, sexual situations,
drug use, and graphic violence

AMAZON US / UK / CA / AU
All free in Kindle Unlimited

Shannon is a born and raised Texan. She grew up inventing
clever stories, usually to get herself out of trouble. Her mother was not
amused. In junior high, she began writing fractured fairy tales from the
villain’s point of view and that was the moment she knew that she was going to
use her powers for evil instead of good.
In 2003, she moved to Denver and met the love of her life.
After some relentless stalking and a few well-timed sarcastic remarks, the man
eventually gave in to her charms and wifed her so hard. They welcomed a son in
2007 that they named after their favorite Marvel superhero, Spiderman.
Sick of seeing beautiful mountains through their window
every day, the three escaped back to the desolate landscape of the west Texas
desert in 2009. She welcomed her second son not long after and soon realized
that being surrounded by three men was nothing at all like she’d imagined in
her fantasies.
After an unplanned surgery in 2014 and a long pity party,
she decided to pen a novel about the worst thing that could happen to a person
in order to cheer herself up. She’s twisted like that. Thus, From This Day
Forward was born and the rest, as they say, is history.
Not only does Shannon enjoy stalking people, she also has a
fondness for being stalked. Visit her at www.shannonshaemyers.com to
keep up with her latest schemes and shenanigans.
Author Links
FACEBOOK
INSTAGRAM
PINTEREST
TWITTER